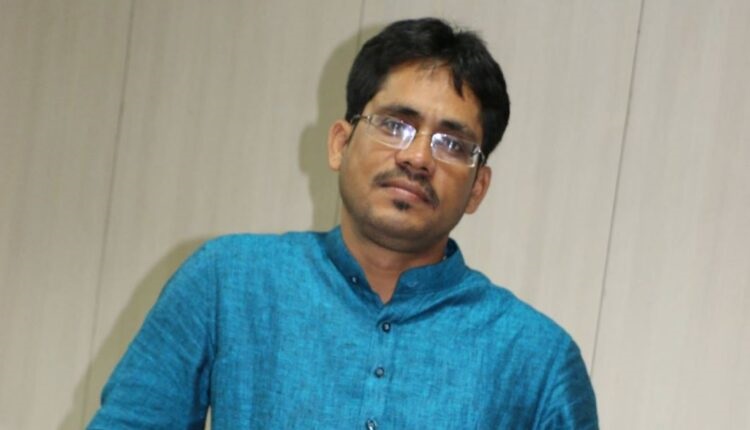 Bhubaneswar: Ardhendu Das, the editor of a private news channel based in Odisha’s capital who has been named in three police cases, has been arrested by the Economic Offences Wing (EOW) of Odisha Crime Branch.

According to reports, Das was arrested from Odagaon in Nayagarh district at around 3 am on Thursday.

“I had told the EOW that I would appear before it on July 1. It was finalised that the pending amount of the deal with the company concerned would be paid through cheque. The EOW and the firm are aware of this. Despite this, I was picked up,” Das was quoted as saying by a news portal.

“My arrest is out of vengeance for showing government in bad light over the Puri case. I will not bend to any pressure or threat,” he was further quoted as saying.

The EOW raided Das’ residence on Tuesday in a case filed by Gangandeep Singh of Delhi-based Solution Broadcaster Proprietor. Singh has alleged that Das contacted him in 2020 to set up a television channel at Badagada on Tankapani Road.

Das signed a Rs 1.47-crore agreement with Singh for electronic items and gave Rs 10 lakh in advance. Singh dispatched the items on October 21, 2020. Das was required to pay the remaining amount in six months. When he failed to pay even after 20 months, Singh approached the Crime Branch, sources said.

Following this, Das was served notices to depose before the EOW twice, but he failed to do so. He was also not present during the raid on Tuesday.

Another FIR has been lodged against Das at Badagada police station in Bhubaneswar by Biswajit Sahoo, Director of Bhubaneswar-based Intraxis Business Ltd.

Sahoo has alleged that his firm had leased 4,226 sqft space on the second floor of a building on Tankapani Road to A Media Venture, whose managing partner is Das.

In his police complaint, Sahoo alleged that Das has not paid him rent amounting to Rs 5.81 lakh, including maintenance and electricity charges, was damaging the property and threatened him with dire consequences.

A third complaint has been filed against Das at the Purighat police station in Cuttack by businessman Nisit Agrawal. He has alleged that Das purchased furniture and other articles worth Rs 11 lakh from him but paid only Rs 4.4 lakh while promising to pay the rest later. However, Das was yet to pay the dues.

The news channel headed by Das has claimed that a conspiracy has been hatched to frame him.

Notably, Das had moved the Supreme Court against the Orissa High Court’s May 9 order not granting stay on the ongoing construction and excavation works around the Jagannath Temple in Puri, as part of the Naveen government’s Rs 3,200-crore heritage corridor project. The apex court, however, quashed his petition, calling it “frivolous”.