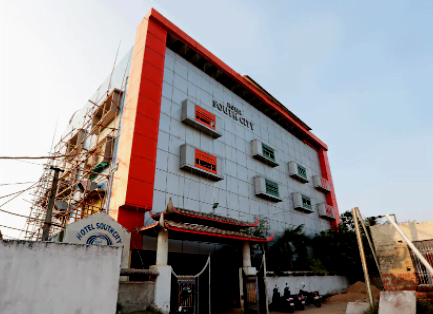 Bhubaneswar: The money which the family had sent to Manish Anurag, son of senior journalist Navin Das’ son, was transferred to the bank accounts of the Hotel South City Bar.

He was spotted in this hotel hours before his body was recovered from a pond near Patrapada on the outskirts of Bhubaneswar on Sunday.

His family had told police that they had received a call from Manish (Gudu) on Saturday night asking them to send the money demanded by the kidnappers. Later, they sent the money to his account.

Acting on this information, police began an investigation and found that the call was made from the Hotel South City Bar at Patrapada. Later, a team of officers of Tamando and Infocity police stations went to the hotel on Monday and interrogated the hotel owner and staff.

Police later examined the footage of the CCTV of the hotel and found Manish and two youths entering the bar late on Saturday. After some time, one of the youths is seen leaving the hotel and speeding away in Manish’s car. Later, the other youth took Manish on his bike and proceeded towards the NH-16. Two youths were reportedly waiting there and they took Manish on their bike.

Police are looking for these two youths, who had picked Manish from NH-16.

The Hotel South City Bar was also sealed and a hotel staffer arrested. Besides, police also seized the CCTV hard disk and other documents from the hotel.

Sources in Patrapada said that Tamando Police had earlier raided Hotel South City Bar and seized liquor. Despite the restriction, dance and revelry are frequently held in the hotel late into the night.

The sources further said that the hotel owner had given the hotel on lease to a policeman for its management.

Load Shedding: Centre Warns States Of Withdrawing Their Quota From Its Pool