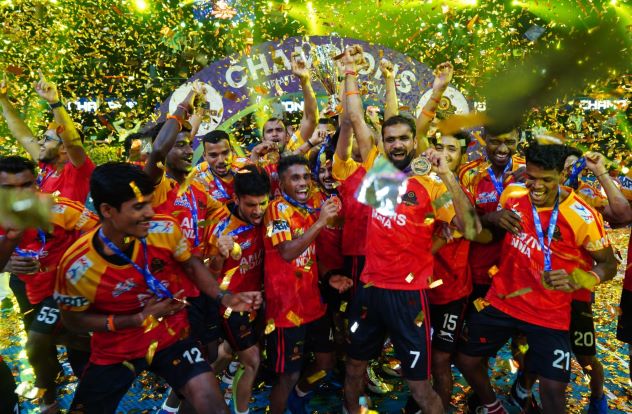 The two teams were tied at 10-10 at the end of first turn, before the Juggernauts nosed ahead 23-20 at the halfway stage of the final.

Great attacking play by the Yoddhas saw them jump to a 41-27 advantage after Turn 3.

With nothing to lose, Odisha Juggernauts went all out to close the gap. However, the game seemed to be slipping away from them, till a last-gasp effort saw them pull through in an edge-of-the-seat thriller.

Lande, who tested the defence of Telugu Yoddhas with his stay of 3.03 minutes in the third turn, scored nine points in attack for the Juggernauts. Rohan Shingade secured 11 points for Telugu Yoddhas.