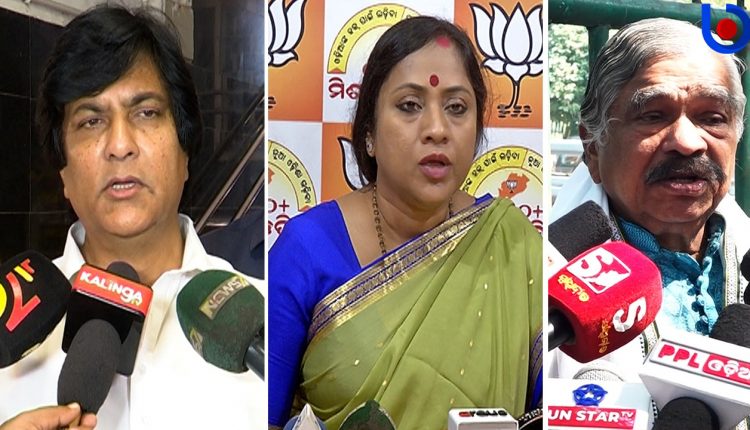 Leaders of ruling BJD as well as opposition BJP and Congress demanded stringent action against Giri and his arrest for his remarks reportedly made at a public gathering at Nandigram in West Bengal.

Condemning the comments made by the TMC leader about the looks of Murmu, senior BJD leader and MP Muna Khan said no one has right to use such words for the President, who is a woman and belongs to a tribal community.

Describing Murmu as the daughter of Odisha, Khan said she holds the top constitutional post and the remarks of Giri are unacceptable.

“Stringent action should be taken against him. He is not fit to be a minister. He must be suspended from the party without delay,” he said.

Speaking in same vein, BJP state general secretary Lekhashree Samantsinghar said any act of insult to the President is a punishable offence.

Demanding immediate arrest of Giri, she said the TMC leader should be removed as Minister and legal action initiated against him for his act.

Hitting out at Trinamool Congress, veteran Congress leader and MLA Suresh Routray said every citizen is hurt by the remarks of Girii against the President, who is an honest and highly educated woman.

Making objectionable remarks against the President is unacceptable, he said, adding it was improper to make such comment on her looks.

Seeking Giri’s resignation from the post of minister, Routray said the TMC leader should also be arrested forthwith.

Senior BJP leader Kusum Tete said despite being a people’s representative and minister, Giri has used indecent words about Murmu. Though West Bengal has a woman Chief Minister in Mamata Banerjee, it was an irony that Giri made such statement about the President, who is a tribal woman.

Tete said she will lodge a complaint with the police against Giri demanding his arrest at the earliest.

The TMC leader has come under severe attack after a video that went viral showed him making remarks on the President.