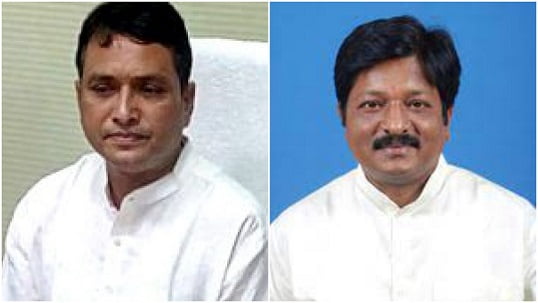 Bhubaneswar: In a new twist to the abduction and murder of cameraman Manas Swain, his wife on Tuesday alleged the involvement of two Odisha ministers in the crime.

Manas’ wife Yamuna told the media that her husband was in possession of a memory chip that allegedly has video-recordings of “illegal acts” of Odisha ministers Pratap Jena and Dibya Shankar Mishra, and Sharmistha Rout, the owner of a web channel where Manas worked. Sharmistha is the prime accused in the murder case. She is absconding.

Former Director (Technical) of Odisha’s Information and Public Relations (I&PR) department Niranjan Sethi was arrested on Monday for his alleged involvement in the abduction and murder of Manas.

Yamuna alleged that Sharmistha was desperate to get hold of the memory chip. “They murdered Manas out of fear of getting exposed,” she alleged.

Demanding the contents of the chip to be made public and arrest of all accused persons, she said if no steps are taken in this regard, she would commit suicide in front of the residence of Chief Minister Naveen Patnaik in Bhubaneswar.

The Opposition Congress and BJP in Odisha have alleged that Mishra was the main conspirator in the sensational murder of school teacher Mamita Meher last year and have questioned the 2,000-page chargesheet filed by the police that only named prime accused Gobind Sahu and his driver Radhe.

Despite protests across the state for months and inside the Assembly during the Winter Session last year, the BJD-ruled state government has not accepted the Opposition’s demand to sack the minister, place him under probe and hand over investigations to the CBI.

Law Minister Pratap Jena is facing the heat in the Mahanga double murder case with the Opposition BJP alleging his involvement in the case. Kulamani Baral, BJP leader of Mahanga in Cuttack district and former block chairman, and his associate Dibyasingha Baral were hacked to death in the sensational murder case on January 2.