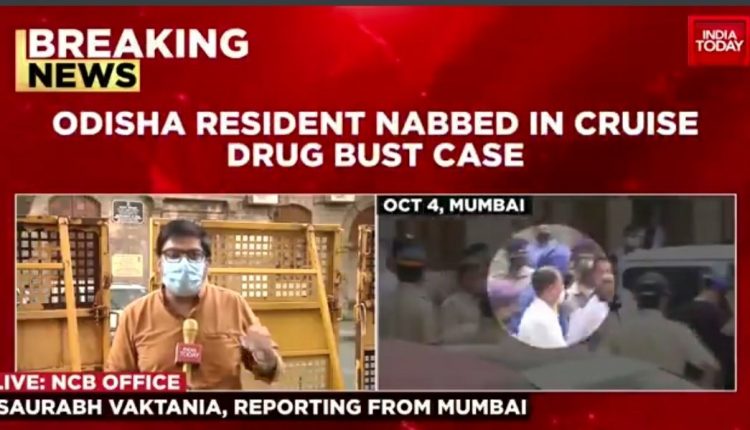 Mumbai: The Narcotics Control Bureau (NCB) has arrested two more persons in the drugs-in-cruise case and one among them is a resident of Odisha, the India Today reported.

The identity of the person from Odisha is not yet known It’s believed he was on the cruise ship Cordelia. An official word from NCB awaited.

According to The Indian Express, a passenger was arrested by NCB officials after the ship returned to the city on Monday morning on the basis of a complaint given by the ship captain.

Three passengers had allegedly created a ruckus and damaged a windowpane. On conducting searches, the NCB officials found hydrophonic weed on one of the passengers.

So far, 11 persons, including Bollywood superstar Shah Rukh Khan’s son Aryan Khan, have been arrested in the drug case busted on a cruise ship off the Mumbai coast on Saturday.

Sources said NCB has also detained four organizers and their statements are being recorded.

To Fight BJD Or Be Friends? Odisha BJP Caught In A Vortex Of Compulsions & Contradictions