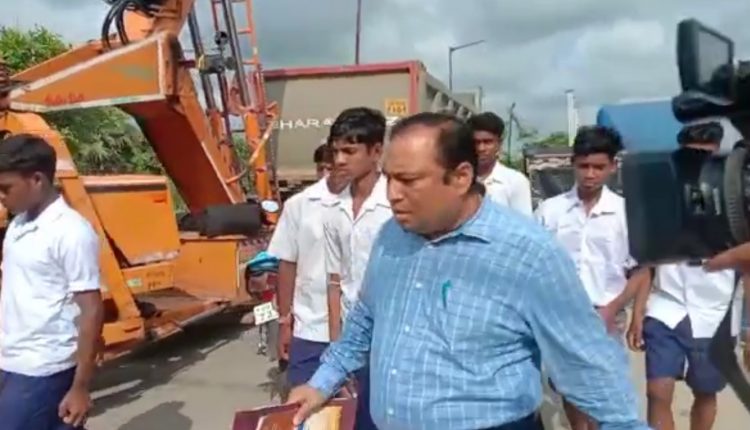 Bhubaneswar: Taking suo motu cognizance of the matter, the Odisha Lokayukta has sought a report within six weeks after students of Maribada Ashram School under Korukonda block in Malkangiri district complained to the Collector about alleged embezzlement of rice and poor quality food being served to them at the hostel.

The Lokayukta said the tribal students appear to be victims of malpractice with genuine grievances on the condition in the hostel. It issued notices to the Malkangiri Collector, Project Administrator, ITDA Malkangiri, District Welfare Officer Malkangiri and headmaster of Maribada Ashram School. They have been asked to submit their reply within six weeks.

At least 20 students of the school scaled the campus wall on Sunday and walked 20 kilometres to meet the district Collector to complain about mismanagement in their hostel.

The students alleged that the hostel superintendent was involved in siphoning off rice meant for the hostel boarders. They were served inferior quality rice instead, they alleged. Besides, he engaged the students in manual jobs like cleaning of drains besides his personal and domestic works, they alleged.

The school is run by the SC & ST Development Department of the state government.