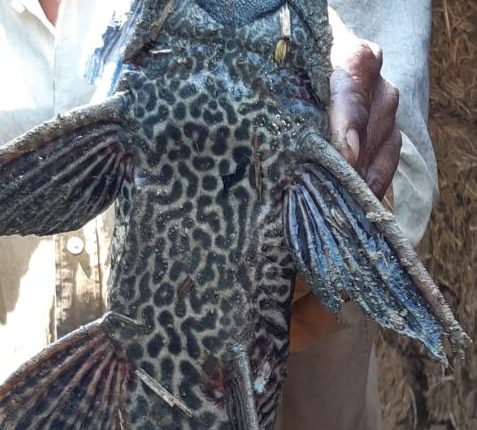 Bhograi:  A rare variety of fish was found in paddy fields near Kusuti village in Balasore district on Sunday.

According to sources, Chittaranjan Bhanj found this flat-headed fish of one-and-half-foot, resembling a Dusky Flathead but with black and white strips, in his net. He brought it to the village and later informed the fishery officer about  it.

The villagers said that fish might have got into the paddy fields from Subarnarekha and Chitei rivers.