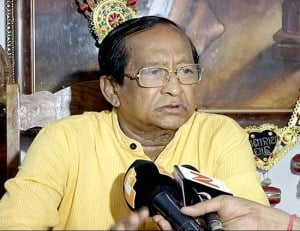 Bhubaneswar: Speaker of the Odisha Assembly Surjya Narayan Patro on Thursday said the Food Supplies and Consumer Welfare minister will reply on the status of the paddy procurement in the mandis in the House on Friday.

“I have asked the minister Ranendra Pratap Swain to submit the reply at 11.30 am on the latest data on the procurement of paddy in the state,” Patro told the media after presiding over an all-party meeting.

With regard to the suicide attempt by the Deogarh BJP MLA Subash Panigrahi, he said the issue will not be raised in the House.

“I will announce the formation of a privilege committee in the House tomorrow. The committee will take up the case of Panigrahi and give its opinion. I hope that the House will function normally hereafter,” he added.

Weekly Special Train To Run From Puri To Indore From March 25; Details Here