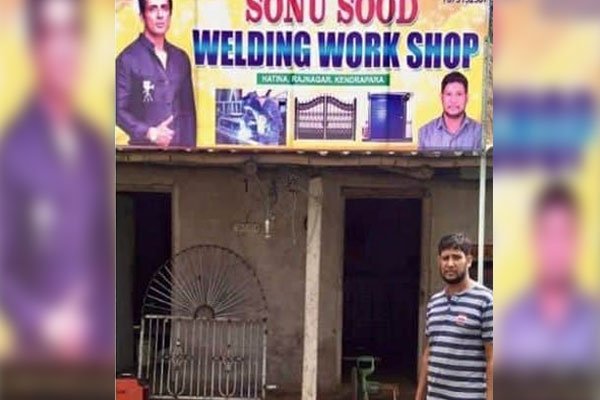 Kendrapada: A 32-year-old migrant worker from Odisha has opened a welding shop named ‘Sonu Sood Welding Workshop’ to express his gratitude towards the Bollywood actor, who helped him in returning home amid the COVID-19 lockdown.

Prashant Kumar Pradhan of Kendrapada district worked as a plumber in Kerala. He along with the other migrant workers was stranded in the state after the nationwide lockdown was announced in view of the pandemic. Like other migrants, Prashant also became helpless with no means of livelihood and transport for returning home during the lockdown. Just then, the ‘Dabangg’ actor Sonu Sood came to his rescue and helped him and the other migrants to return to their hometown by arranging transportation for them.

On returning to his hometown in Kendrapada, Prashant decided to set up his own welding workshop to earn his bread and butter. To express his gratitude towards Sonu Sood, Prashant named his workshop after the actor.

Ex-Cricketer Mohammad Kaif Tweets About This Bookbinder Of Cuttack City; Know Why