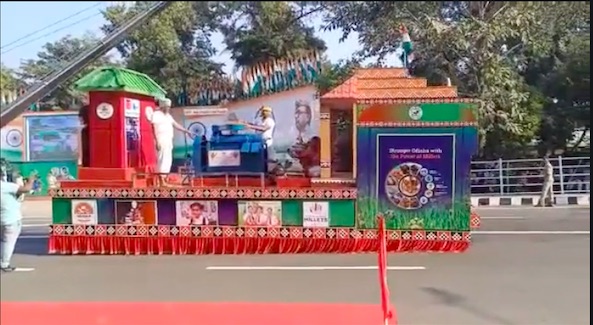 There were traditional dance and music performances by troupes from different districts of the state. Pasu Mukha Nrutya was performed by troupes from Kabisuryanagar in Ganjam with Ghanta Mrudanga music while artistes from Boudh district enthralled the audience with Sabar Sabaruni dance. Similarly, artistes from Bhawanipatna in Kalahandi district performed Bajasal, Singari and Ghumura dances and Dhemsa dance by the primitive tribes of Rayagada district.

The parade also saw daredevil acts on motorcycles and skating. For the first time, a troop of Andhra Pradesh police took part in the Republic Day parade.

Odisha To Have New Tihar-Like Central Jail In Bhubaneswar

74th Republic Day Parade: Here Are The Many Firsts