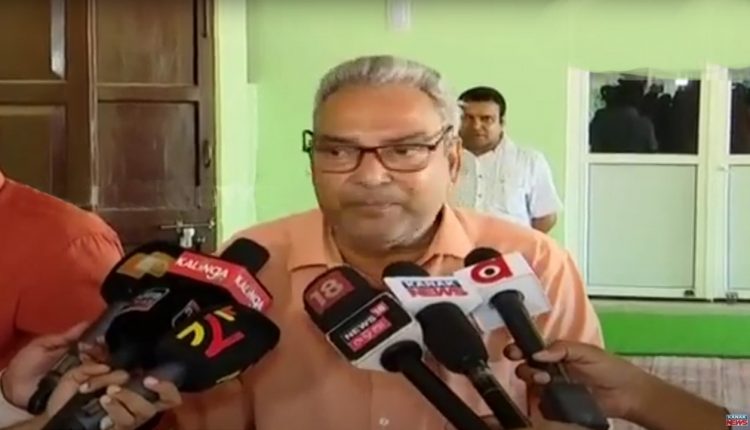 Bhubaneswar: Confident of BJD’s victory in Dhamnagar bypoll, senior leader and Odisha Minister Ashwini Kumar Patra on Tuesday said there is a strong wave in favour of the ruling party which has never lost any by-election so far.

The results of the panchayat elections held earlier this year clearly showed that there is a strong wave in favour of BIju Janata Dal (BJD) across the state, including Dhamnagar Assembly segment, the Minister of State for Tourism, Odia Language, Literature & Culture and Excise said.

Stating that BJD had lost Dhamnagar Assembly seat in 2019 election by over 4,000 votes, Patra said last panchayat poll results showed that the ruling party’s position in the constituency in Bhadrak district has improved substantially.

“The party is in a very comfortable position to make up in the forthcoming bypoll in Dhamnagar. BJD is definitely going to win. Moreover, our party has never faced defeat in any by-election till date,” he claimed.

The Minister further claimed that the popularity of BJD has increased all over the state as it received around 90 per cent support in the panchayat polls.

Asserting that the regional party is surging ahead with increasing popularity, the senior leader said that people of the state are strongly supporting BJD because of the able leadership of Chief Minister Naveen Patnaik. Efficiency of his government and transparency in functioning are BJD’s major strength, he said.

Regarding party’s Rajendra Das rebelling and contesting as an independent candidate against BJD’s official nominee Abanti Das, the senior leader said it is for the party supremo to take note of this and decide about action.

It may be noted that the ruling BJD, which has won all five bypolls since 2019,  has fielded a woman candidate, Abanti Das, to counter the sympathy wave in favour of  BJP’s Suryabanshi Suraj, son of Bishnu Sethi whose demise necessitated the by-election to Dhamnagar seat.

In 2019, BJD’s Rajendra Das had lost the election by a slender margin of 4,625 votes to Bishnu Sethi. Denied ticket this time, Das is in the fray as an independent.