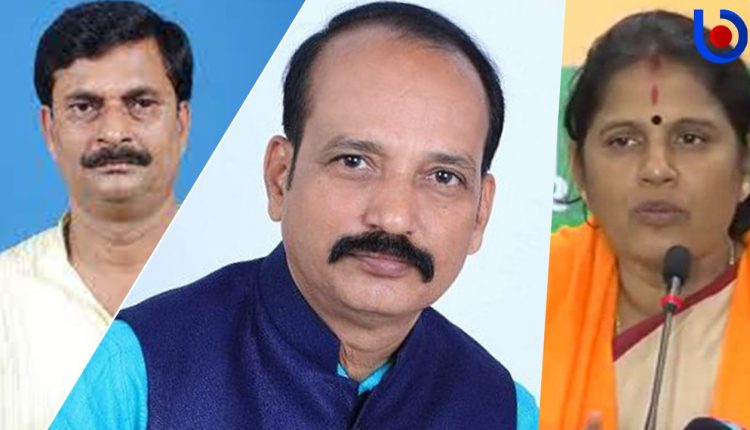 Bhubaneswar: After a BJD Zilla Parishad member was found hanging on Saturday, opposition BJP alleged the involvement of Odisha’s School and Mass Education Minister Samir Ranjan Dash in the death and demanded his immediate resignation to pave way for fair probe.

Linking Dash to the death of Dharmendra Sahoo, a BJD Zilla Parishad member from Nimapada, senior BJP leader Pravati Parida told a private news channel that police should investigate the role of Dash in the incident as it appears to be a case of murder.

The Minister, who happens to be the MLA from Nimapada, declined to comment on the allegation made by the BJP leader when approached by media.

Parida, who also hails from Nimapada, claimed that it appears to be a case of ‘well planned murder’ and not suicide. Sahoo used to have frequent fights with his wife and the dispute centered around Minister Dash, the BJP state vice president alleged.

Demanding immediate resignation of Dash as Minister, she said he should be brought within the purview of investigation and police should conduct probe into the incident in a fair and impartial manner.

Parida further claimed that Sahoo in a social media post before his death had said two videos in his mobile phone would bring the truth to the fore.

He did not upload the videos as he was probably afraid of danger from someone, she said, adding that the police must examine Sahoo’s mobile phone and ensure that no evidence is destroyed or tampered with.

Alleging that Sahoo had made a suicide bid around 15 days ago, Parida said his wife had lodged an FIR with Lingaraj police station. After the incident, Sahoo had stated that there was a dispute in his family over a political leader, she said, adding that the whole episode raises suspicion about the involvement of Dash in Sahoo’s death.

The BJP leader asserted that her party will fight to ensure that truth is revealed and justice given to Sahoo.

Additional DCP Prakash Pal said a thorough investigation into the incident is in progress but declined to share details.

Sahoo was found hanging at a house in Sishupalgarh area of Odisha capital on Saturday. On being informed, Dhauli police along with a scientific team rushed to the spot and recovered his body.