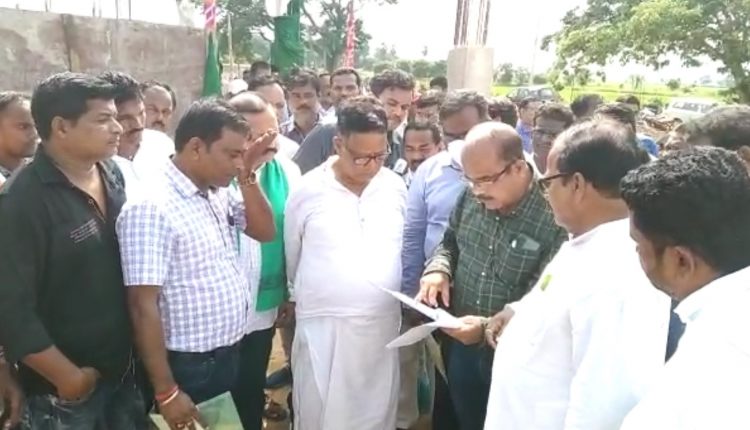 Kendrapada: Taking a strong exception to negligence in implementation of a school project, Steel and Mines and Works Minister Prafulla Kumar Mallik on Thursday reprimanded a government official in presence of hundreds of people in Odisha’s Kendrapada.

The minister had gone to take stock of the progress of an Adarsh Vidyalaya, implemented under 5T initiative of the state government, at Kurujanga under Derabis block of the district. His supporters and local people accompanied him to the spot.

While inspecting the works, local BJD leader and former block chairman Saroj Kant Sahu drew the attention of the minister to poor quality of materials used in the construction work. Pointing out that the foundation plaque of the building was missing, Sahu raised question on efficiency of the executing official.

Prafulla Mallik Among Poorest Odisha Ministers, Check Others At Bottom 3