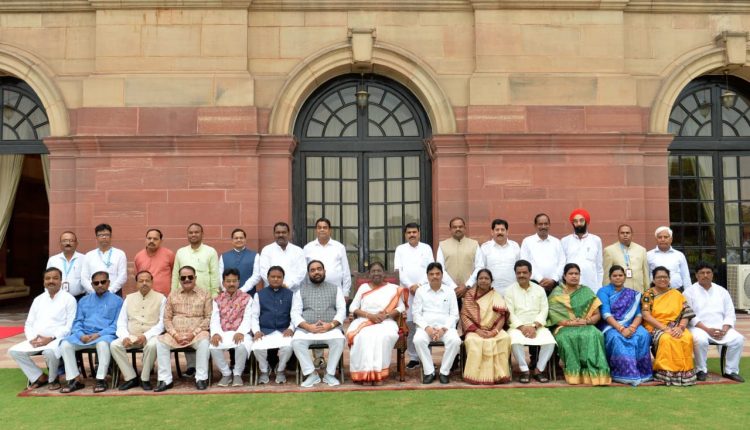 New Delhi/Bhubaneswar: A delegation of 24 members of the Odisha Assembly led by Speaker Bikram Keshari Arukha met President Droupadi Murmu at Rashtrapati Bhawan in New Delhi on Wednesday to congratulate her on her election to the highest constitutional post in the country.

The legislators also felicitate Droupadi, a former member of the Odisha assembly, and presented her with a picture of Lord Jagannath, other souvenirs from the state and Mahaprasad.

The members of the assembly committee arrived in Delhi on Tuesday.

Notably, the assembly had passed a unanimous resolution congratulating the daughter of Odisha for assuming the highest office soon after she took oath as the 15th President of India on July 25. A proposal was also moved regarding a panel of legislators paying a visit to Rashtrapati Bhavan to meet her.