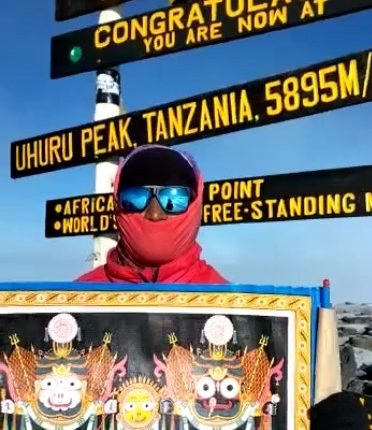 After reaching the peak of Mount Kilimanjaro on Thursday, Chinmay unfurled the National Flag and also clicked a picture with ‘Nagarjuna Besa’ of Lord Jagannath, Lord Balabhadra and Devi Subhadra. He belongs to Raghurajpur in Puri.

Chinmay had left Puri for his expedition on June 3 with assistance from the state government, Odisha Mining Corporation (OMC) and district administration. Puri collector Samarth Verma has congratulated Chinmay for his achievement.

Kilimanjaro is the fourth most topographically prominent peak on Earth. A part of Kilimanjaro National Park, it is a major hiking and climbing destination.

Fact Check: Is Aishwarya Rai Set To Team Up With Rajinikanth After 12 Years?