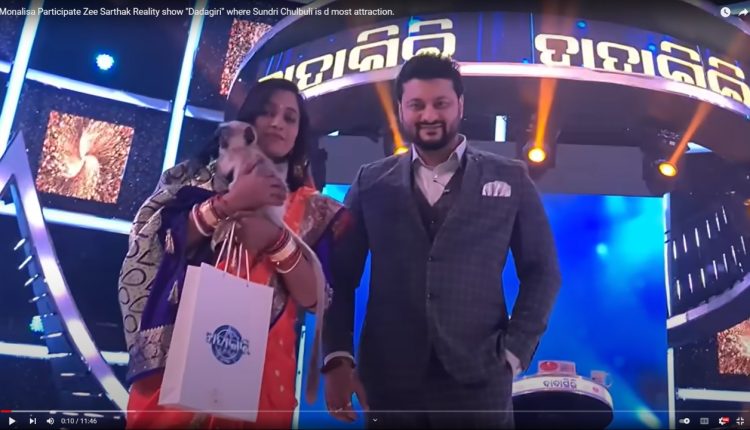 Bhubaneswar: Kendrapada MP Anubhav Mohanty has landed in a controversy for allowing a woman to participate with a baby monkey in a reality show hosted by him.

Taking a strong  note of use of the monkey in violation of Wild Life (Protection) Act, 1972, Subhendu Mallick, Honorary Wildlife Warden, Khurda has written to Principal Chief Conservator of Forest (Wild Life) and Chief Wild Life Warden of Odisha seeking their intervention and demanded strong action against those responsible for illegal acts.

Mallick said the woman, Monalisa Bhadra and her husband Badri Narayan Bhadra from Jajpur have been indulged in regular violation of Wild Life Act. Stating that he had already lodged a complaint against the couple on November 30, Mallick drew the attention of the authorities to the langur used in the reality show of entertainment channel Zee Sarthak title ‘Dadagiri’ hosted by Anubhav.

Mallick said Monalisa is seen in the show feeding the baby langur with smacks and soft drinks that are not natural food of monkeys. The baby langur was taken in a 4-wheeler to the shooting set, undoubtedly without permission of the CWLW. 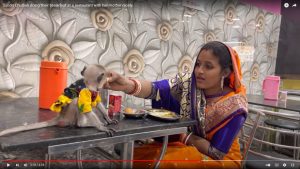 “The MP by posing with the hunted monkey surely contravened the WL(P)A. He is liable under Section 52 (Attempts and abetment) of WL(P)A, because he had certainly encouraged the hunting of langur, a protected species. As a responsible Parliamentarian and lawmaker, he should have discouraged such things,” Mallick said. 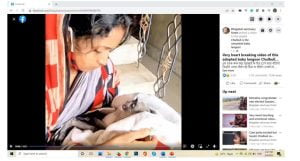 “Zee Sarthak had earlier used a Spectacled cobra in one of its tele-serials in 2018. The use of cobra as a ‘weapon of offence’ spreads a negative message to society. The cobra used in the act had either its fangs or venom glands removed for the safety of the actors. But no visible action was taken,” said Mallick.

He also said the Facebook page of Bhadra couple states that a sanctuary by Bhagabat Community Centre has been founded by Monalisa and Badri in an effort to rescue animals and conserve forest. This can never be acceptable because it impersonates a state.

Stating that he has attached necessary video evidence to support his complaints, Mallick requested the wildlife authorities to take action against Badri Narayan Bhadra, Monalisa Bhadra and Zee Sarthak TV. MP Anubhab Mohanty should also be prosecuted for abetting the hunting of monkeys, he added.