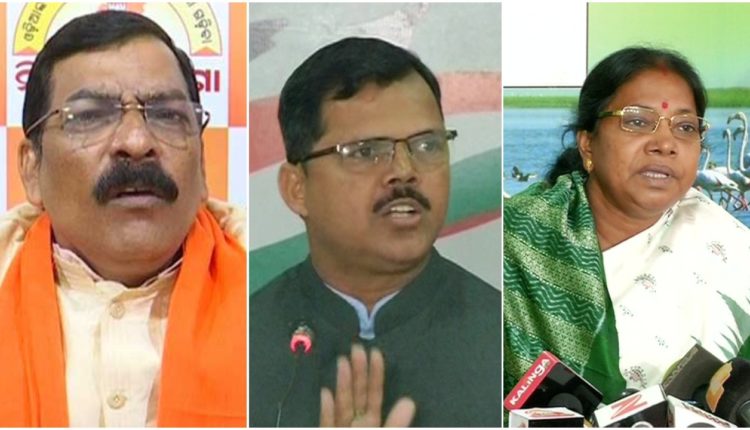 Bhubaneswar: Hours after SIT chief of the Crime Branch Arun Bothra on Tuesday revealed the details about the youth arrested in connection with the murder of minor girl Pari in Jadupur village of Nayagarh district, the BJP and Congress said the IPS officer was trying to hoodwink the people with a well-knit story.

Speaking to media persons, BJP leader Golak Mohapatra said, “Minister of State for Home Dibya Shankar Mishra in a statement in the recently concluded Assembly session had said that there is no evidence of rape of Pari. But, the SIT chief told the media that the girl was raped. Now, whose statement the people are going to believe? It is now clear that under the pressure of the ‘Mo Sarkar’, one Arun is trying to protect another Arun (meaning Minister Arun Sahoo).”

He alleged that the SIT chief has diverted the case to protect the Agriculture and Higher Education minister Arun Sahoo and his close associate Babuli Nayak.

Stating that the girl’s family will never get justice from Crime Branch, he said the BJP will continue its protest till the minister is sacked and the CBI probe is ordered.

In his reaction, spokesperson of the Odisha Pradesh Congress Committee Nishikanta Mishra questioned why the SIT chief addressed a hurried press briefing when the Orissa High Court is yet to open the report submitted by the SIT in a sealed envelope. This is a clear indication that the SIT chief has done his best to divert the investigation and is trying to influence public opinion.

On the other hand, taking a dig at the Opposition for politicising the case, BJD leader Pramila Mallick said in order to ensure transparency in the investigation, the Chief Minister ordered a court-monitored SIT probe and action will be taken against whoever is found guilty in the case.