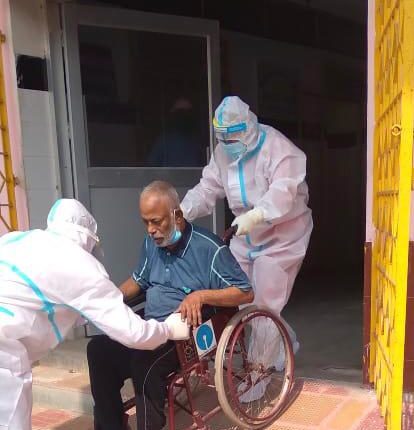 The collector has also discussed Rao’s health condition and treatment with Dr Jayanta Panda at SCB. His condition is stated to be stable now.

Rao, who owns a tea stall at Buxi Bazaar in the city, is known for his magnanimity. He has been providing free education to slums kids through his school, Asha O Ashwasana, since 2000.

In recognition of his exemplary service to society, Rao was conferred with the Padma Shri by President Ram Nath Kovind in March this year.

Ensure Physical Distancing And Mask Up Even If Fully…