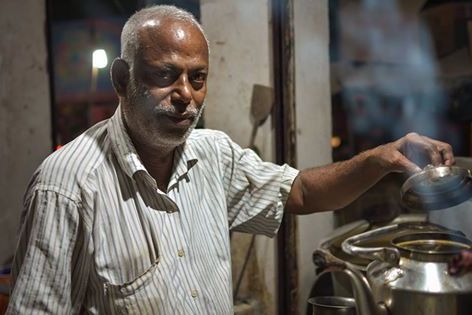 Cuttack: Devarapalli Prakash Rao is one of the three distinguished personalities from Odisha to be conferred with Padma Shri this year.

He is the tea-seller whom Prime Minister Narendra Modi met during his visit to the Millennium City in 2018. The PM had also praised him for teaching under-privileged children in his ‘Mann Ki Baat’ programme.

Rao runs a school from his house in a slum in Cuttack where he imparts foundation courses to around 70-80 children in the age group of 4-9 years. These courses help them get admission in government schools.

Rao funds their education through his earnings from the tea stall at Buxi Bazaar here. He even provides milk and biscuits to these children.

He knows eight languages despite not having been able to complete matriculation due to poverty. He inherited the tea stall from his father and has worked there throughout his life.

He has also been an active blood donor since 1976 and donated blood more than 200 times.

The crusader of education has also pledged to donate his body to SCB Medical College and Hospital here after his death.