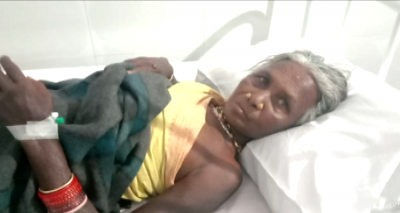 Cuttack: Social activist and Padma awardee Kamala Pujari has been shifted to SCB Medical College and Hospital in Odisha’s Cuttack in a critical health condition on Wednesday.

She was shifted to Cuttack SCB hospital from Jeypore district headquarters hospital in Odisha’s Koraput.

On Sunday, she was admitted to Jeypore DHH after suffering from fever and loose motion for two to three continuous days. She was brought to the hospital by a woman healthworker from Patraput in an ambulance.

The tribal woman of Patraput village in Koraput was conferred with Padma Shri in 2019 for reserving hundreds of indigenous species of paddy. Besides collecting several endangered and rare types of crop seeds including paddy, turmeric, til and black cumin, she popularised organic farming in Koraput.

ICMR Study On Snakebites In Odisha, 12 Other States; Check Details

Odisha Ashram School Headmaster, Teacher Suspended Over Death Of Class I Boy After ‘Assault’ By Senior