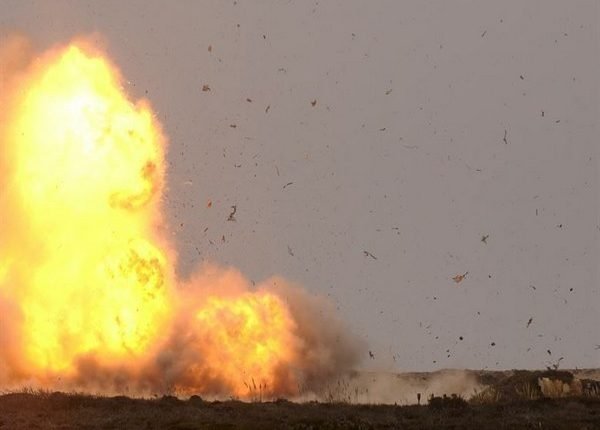 New Delhi: Indian para shuttlers competing at the Uganda Para badminton international suffered a jolt when there were multiple explosions near the team hotel at the capital city of Kampala on Tuesday.

The two bomb blasts led to the death of at least three civilians and caused chaos in Kampala as terrified residents fled the city’s centre.

Chief coach of the Indian para-badminton team, Gaurav Khanna said the blasts happened around 100 metres away from the hotel but everyone is safe and there is nothing to worry, news agency PTI reported.

Odisha’s Tokyo Paralympic gold medallist Pramod Bhagat, who is also part of the Indian contingent, participating in the tournament said they are safe and there was nothing to worry.

“We are safe. There was a blast. Nothing to worry. It has not affected our schedule. We didn’t feel it much. There was little chaos but everyone is safe and the tournament will go on as schedule,” Bhagat, who will open his campaign on Wednesday, told PTI.

The Indian para-badminton contingent along with fellow competitors was about to board the bus, heading to the stadium when they heard what could be more than one explosion at Kampala, where they were present to play the Uganda Para badminton international.

Khanna informed that all players were safe and will stay put to finish the tournament.

The two blast sites, as mentioned in news reports, are roughly 4.8 km away from the players’ designated hotel. However, the plumes of smoke were visible from where the players had stepped out to head to the stadium.

“Few players were leaving for the badminton hall when there was this blast. It led to a lot of chaos on the street. We also immediately went back but now things are fine. We have spoken to the embassy and there is nothing to worry about,” Khanna told PTI.

“It won’t have any effect on our schedule and the tournament also goes on. We have a big contingent, including 54 players who are competing in the tournament.”

According to local police, it was a coordinated attack by extremists and three suicide bombers died in the blasts.

There were 15 Indian players in this hotel and 15-20 players in another hotel but all are safe.”

Para-Badminton India took to social media to inform about the players’ safety.

“Indian Team is Safe! There is multiple Bomb Blast 100 mtr away from the official Hotel,” it tweeted.

The event will end on November 21

TPSODL Not To Snap Power Supply To Street Lights In Berhampur