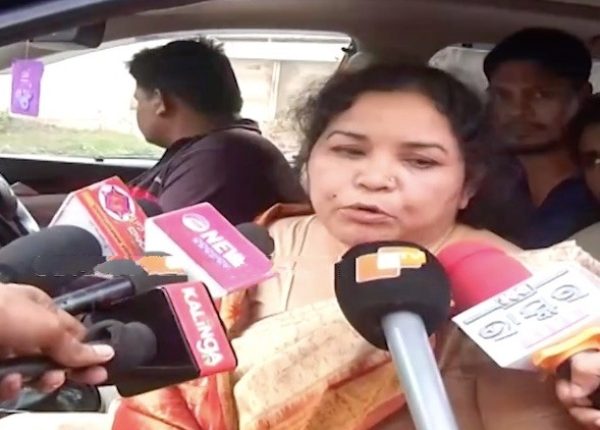 Cuttack: Playback singer Humane Sagar, who has landed in trouble after his wife Shriya Mishra lodged a domestic violence complaint against him, on Thursday said that all allegations levelled against him are false and baseless.

Shriya’s father and lawyer have also accused him of forcing her to convert her religion, demanding dowry and also attempting to kill her while assaulting her under the influence of alcohol.

Replying to these allegations after appearing at Mahila Police, Humane told the media that he respects all faiths and never forced his wife to convert. The singer further said that he was doing well in life with the blessings of the public. When questioned about the third allegation, he retorted: “Why will I try to kill anyone, am I a murderer?”

Humane’s mother also refuted these allegations and instead accused Shriya of indulging in binge drinking with her family members, who visited her every week. “She never cared for us, her husband or daughter,” she alleged.

She further said that they also forced Humane to consume alcohol.

Stating that religious conversion allegations are false, she said the problem started between them after Humane decided to buy a house. “There is no truth in the dowry allegation. Land and vehicles are bought in her name and all her jewellery are in her locker. Humane and Shriya should try and resolve the issue amicably,” she added.

She further claimed that a secret related to Shriya’s mother is the real reason behind the complaint.

Shriya, who shifted to her parental place in Balasore about five months ago, met DCP Cuttack Pinak Mishra on Tuesday and lodged a complaint, accusing Humane of neglecting and torturing her physically and mentally for the last few months. The complaint was forwarded to Mahila Police, which then summoned the duo for counselling in accordance with the procedure in domestic violence cases.

While Humane has not filed any counter complaint, the couple has been given two days to talk it out and report to police again, sources said.