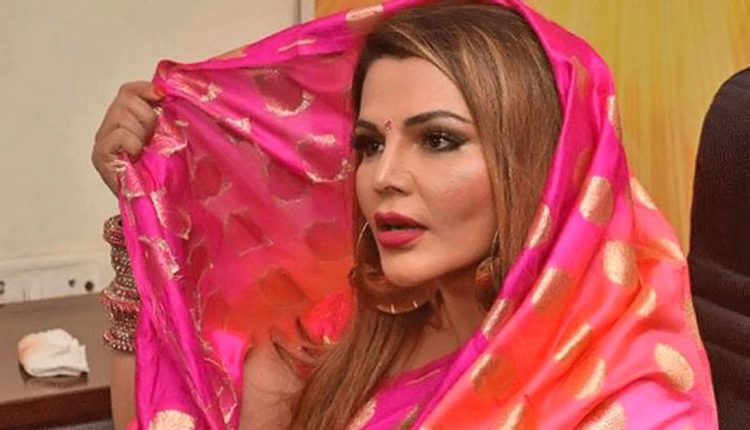 Mumbai: Rakhi Sawant was on Thursday detained by Mumbai Police for questioning in connection with a complaint filed against her by a model, Sherlyn Chopra.

Rakhi was reportedly due to launch her dance academy this afternoon, but was detained by Amboli police.

Sherlyn had accused Rakhi of making her inappropriate videos and photos viral, according to ANI.

Sherlyn tweeted that model-actress Rakhi, of Bigg Boss fame, had been arrested by Amboli police.

But according to officials, Rakhi has not been arrested as there are no charges against her yet. Post interrogation at the police station, cops will decide whether to press charges against Rakhi and arrest her.

An FIR was filed against Rakhi and advocate Falguni Brahmbhatt last year charging them of using objectionable video and language during a public conference. They were booked under IPC sections 354A, 500, 504, 509 & IT ACT 67A.

Rakhi, known for making bold and often controversial comments, made her Bollywood debut in 1997 with ‘Agnichakra’. She later featured in films like ‘Masti’, ‘Main Hoon Na’, ‘Shootout At Lokhandwala’ and ‘Dil Bole Hadippa!’. She was among the first participants of TV reality show Bigg Boss.

She recently was in the news after pictures from her secret wedding Adil Khan went viral. Adil initially dismissed Rakhi’s wedding claim, before accepting it.