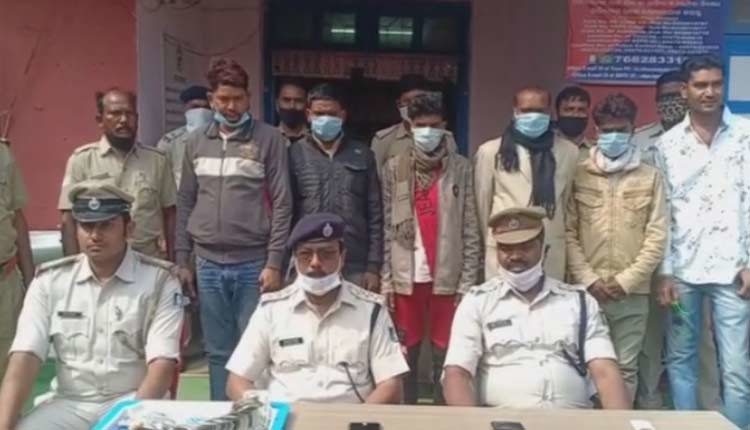 Bhawanipatna: Police on Wednesday arrested five cyber fraudsters from Uttar Pradesh, in connection with a loot of Rs 2.65 lakh from a senior citizen in Bhawanipatna of Odisha’s Kalahandi district on January 18.

The senior citizen, Gangadhar Subudhi, is a resident of Sharma Colony here.

As per sources, Subudhi received a call from a customer care executive of a telecom company. The executive told Subudhi that he had won a smartphone and a cash prize of Rs 20,000 in a New Year lucky draw.

After some time, he asked for bank details and later the OTP which Gangadhar and his wife shared. In the process, they lost Rs 2.65 lakh from the bank.

Based on the complaint, Kalahandi police started investigation into the matter. A special team left for Uttar Pradesh at the direction of the SP. They traced the fraudsters to Hamirpur area in UP.

After tracing the location, police arrested the accused and recovered Rs 52,000 from them. One more fraudster, involved in the fraud case, is absconding.

Also Read: Cyber Fraud In Odisha: Call On This Number To Seek Help From Police