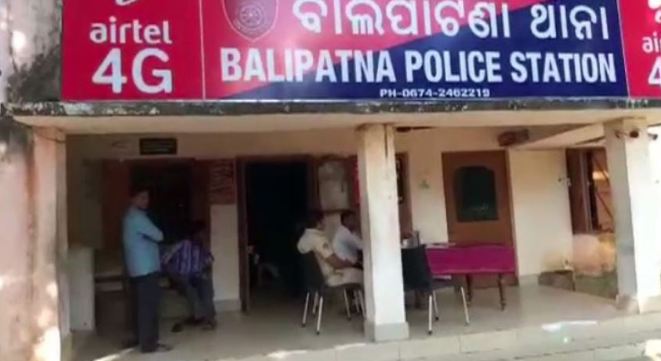 Bhubaneswar: In a weird incident, a senior police official has slapped a complaint against himself and his junior colleague for allegedly thrashing a man and causing him injuries in Odisha capital.

The Inspector-In-Charge (IIC) of Balipatna police station located on the outskirts of Bhubaneswar city has reportedly lodged a complaint against himself and a sub-inspector (SI) of police.

The police official who has made the rare move following directions from Bhubaneswar DCP Prateek Singh is IIC Krupasindhu Barad, while the sub inspector was identified as Rakesh Samal, according to reports.

Sources said one Saroj Bhoi of Giringo Bhoi Sahi village had been taken to Balipatna police station on October 3 in connection with a case. Bhoi was stated to have sustained injuries after being allegedly beaten up by IIC Barad, SI Samal and some other staff at the police station.

Instead of taking him to hospital, the police produced the injured man in the court, accusing him of attacking cops. Bhoi was later taken to hospital from jail as he complained of severe pain.

Reacting sharply to the incident, a social organisation working for dalits and tribals staged a demonstration in front of the police station demanding justice to the man and action against the errant cops. Bhoi’s wife also met the DCP seeking justice.

Taking a serious view of the matter, the DCP reportedly asked the IIC to lodge a complaint against his own name and SI Samal. A case has reportedly been registered in this regard.