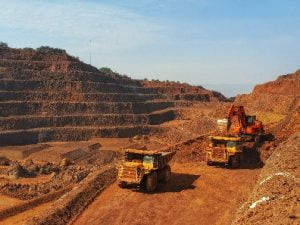 Bhubaneswar: To further enhance revenue generation from mining and metal sector, the Odisha government has initiated the process for auction of several mines in the state.

Steel and Mines Minister Prafulla Mallick has maintained that the process for auction of mineral blocks in the state is going on and auction of several iron ore and manganese mines is proposed to be done this year as part of the ongoing effort.

This apart, it has lined up seven iron ore mines, four bauxite, two manganese, a limestone and dolomite and a copper and nickel blocks for auction during the current financial year, sources said.

The other mines proposed to be auctioned this year include Tunmura Limestone and Dolomite mine, Bhanjikusum Manganese Block, Dudhisasol East Copper Block and Kutinga Manganese Block.

As many as 34 mineral blocks, including 18 iron ore blocks and five composite mines of iron and manganese ores, have already been auctioned in the last five years.

It may be noted that the state government has achieved a growth in revenue collection from mining sector in the first four months between April and July of the 2022-23. The total revenue collection from the mining sector till July end is estimated at Rs 13,980 crore as against about Rs 11,900 crore collected during corresponding period of previous year, sources said adding Odisha earns around 26 per cent of its total revenue from the mining and metal sector.