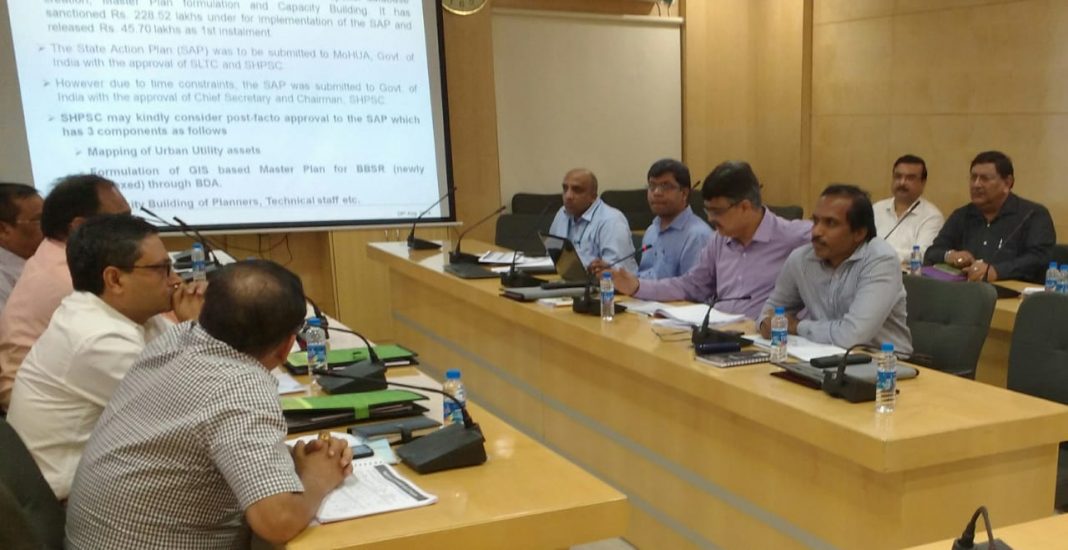 Bhubaneswar: Odisha has made countable progress in implementation of Atal Mission for Rejuvenation and Urban Transformation (AMRUT) scheme.

It has secured second position in implementation of the projects with a score of 53.19 according to National Rating Framework assessment by August 21. Andhra Pradesh has topped with 54.11.

This was informed at the State-Level High Power Committee held under the chairmanship of Chief Secretary Aditya Prasad Padhi in the State Secretariat on Tuesday, wherein Secretary Housing and  Urban Development G Mathivathnan outlined the issues for discussion and Mission Director Prem Kumar Jha presented the updates for discussion.

Reviewing the projects, Padhi directed the department to cover all households and the entire population in the AMRUT cities through piped water supply as the first priority.

He further directed to complete the projects well before time while ensuring the quality of project and delivery of services to the people by the scheduled time.

These projects are being implemented in Bhubaneswar, Cuttack, Puri, Brahmapur, Rourkela, Sambalpur, Balasore, Bhadrak and Baripada.

The meeting decided to prioritize the projects in the order of drinking water, sewerage and parks and playgrounds.

The review found that a total number of 192 projects have been approved and taken up under the AMRUT scheme. These includes 130 water supply, 14 septage and 48 park projects.

Tenders have so far been issued against 187 projects.

So far, 42 projects have been completed. These projects involve an investment of around Rs 1,810 crore. It may be pertinent here to mention that the scheme is being financed by both the central and the state government on 50:50 sharing.

Odisha has qualified for national incentive on achievement of reform milestones consecutively for three years, 2015-16, 2016-17 and 2017-18. In these three years, the state has received incentive award of Rs 41.66 crore.

Congratulating the department for achieving the incentive, Padhi directed it to spend the amount in quicker and better implementation of the projects.

According to AMRUT guidelines, a set of 11 reforms are to be implemented by the state as well as ULBs within a period of four years.