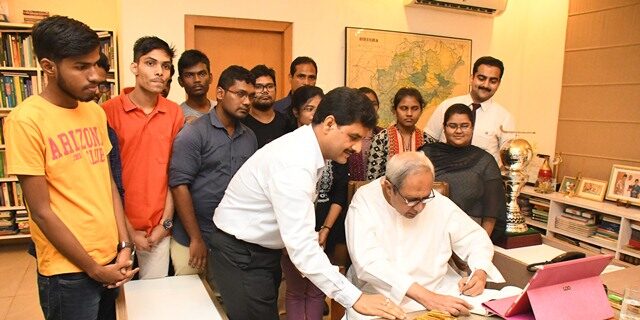 Bhubaneswar: A noble initiative by a tea seller in Odisha is giving wings to wards of humble vegetable sellers, fishermen and marginal farmers to crack the NEET exam and qualify for admission in medical colleges.

Akin to the famed Super 30 experiment by mathematician Anand Kumar in Bihar, the effort in Odisha by Ajay Bahadur Singh is run by an NGO through the project “Zindagi”.

Incidentally, Singh had to leave his medical education and sell tea and soft drinks to sustain his family which was facing financial hardship. But that only fired up his determination to help others facing a similar predicament.

Launched in Bhubaneswar in 2016, the project selects talented students from poor financial backgrounds through an Odisha-wide screening test. The selected students are then provided free food, accommodation and coaching to help them become doctors. At present, 19 meritorious girls and boys from poor families are being coached under Zindagi.

Giving wings to their dream of becoming a doctor are Kshirodini Sahu, daughter of a marginal farmer from Angul district, Rekha Rani Bagh, daughter of a labourer from Koraput, Smruti Ranjan Senapati, son of a truck driver from Bhadrak district, Satyajit Sahoo, son of a vegetable seller from Panagarh, and Manjit Bala whose father is a fisherman in East Malkangiri.

But, the financial hardship has been no deterrent to the confidence of these children to achieve something big. “If a tea seller can work hard and become our Prime Minister, we too can work hard and aim to be doctors,” said Subhalaxmi Sahoo, daughter of a small farmer from Khurda district.