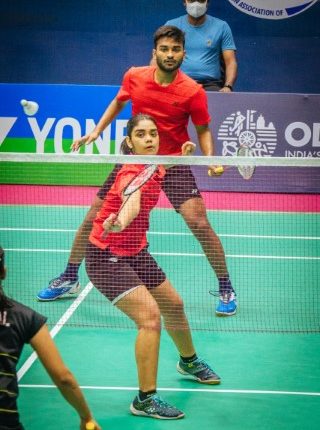 Swetaparna and Balkeshari, who had to fight tooth and nail in the second round, were the far superior team in the last-eight clash. They always had their nose in front and took just 25 minutes to win 21-12, 21-12.

They will face fellow-Indians MR Arjun and Treesa Jolly for a place in the title round on Saturday.

The 16-year-old Swetaparna will be the first shuttler from Odisha to feature in a BWF Super 100 semifinal.

Joining George in the semis was Priyanshu Rajawat, who fought past Mithun Manjunath 13-21, 21-14, 21-8. Kaushal Dharmamer and Ansal Yadav completed the last-four lineup.