Odisha To Submit Memorandum On Cyclone Damage By Next Week 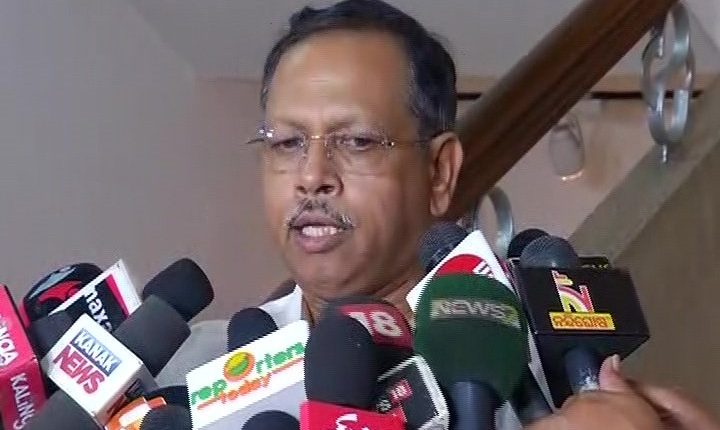 Bhubaneswar: Odisha government will submit a memorandum on the damage rendered by the cyclonic storm Bulbul to the Centre by the next week.

Informing the media after a meeting, the Inter-Ministerial Central Team (IMCT) at the Lok Seva Bhawan here on Friday, Special Relief Commissioner (SRC) Pradip Jena said a joint team of officials of the Revenue and Disaster Management Department and the Agriculture & Animal Resources Development Department will go on a field visit to six affected districts to assess the extent of damage to crop and property. Thereafter, a list will be sent to the panchayat offices to hear the grievances of the people for a week.

He also said the Centre will be requested to relax the norms of the post-cyclone assistance for Odisha.

Saheli Ghosh Roy, Joint Secretary Central Information Commission (CIC), Ministry of Home Affairs, who had led the team to the affected districts, said apart from massive crop loss, some houses have been damaged while the power sector has been affected in the coastal districts. Of the six affected districts, there has been extensive damage in Bhadrak.

“We have asked the state government to submit a memorandum on the basis of which the Centre will release assistance,” she added.

The team, which left for New Delhi in the evening will submit its report to the Centre.

CESU Announces Power Cuts In Odisha On Nov 16, Know Where