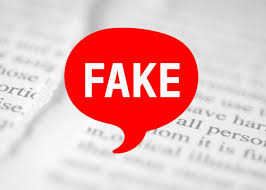 Bhubaneswar: Fake institutes are a big impediment to ensuring quality education in the country and Odisha is not immune to this. Over the years, both technical and non-technical institutes have mushroomed across the state, making it difficult to identify the unrecognised ones.

The government has now upped the ante against such institutes and is preparing a comprehensive plan for stern action. To this effect, the Odisha School Education Programme Authority (OSEPA) has sought the assistance of the State Higher Education Department for information about these institutes.

The Higher Education Department has, however, asked OSEPA to refer to the UGC’s list of fake universities published this year. Strangely though, UGC has listed only two fake universities in the state — Nababharat Shiksha Parishad in Rourkela North Orissa University of Agriculture & Technology in Mayurbhanj.

As far as information about the recognised universities and colleges in the state is concerned, it has asked OSEPA to refer to the list in the department website and the list hosted on the SAMS website.

As per some news reports, there are an estimated 65 fake institutes in Odisha and about 150 institutes which are affiliated to universities outside the state. Several of these institutes offer multiple programmes, cheating gullible students due to lack of verification mechanism.

The list of recognised institutes and valid equivalency certificates will not only save such students, but will prove useful for the government as well. According to reports, the government over the years has come across not only fake teachers, but also employees in departments possessing certificates with glaring discrepancies.