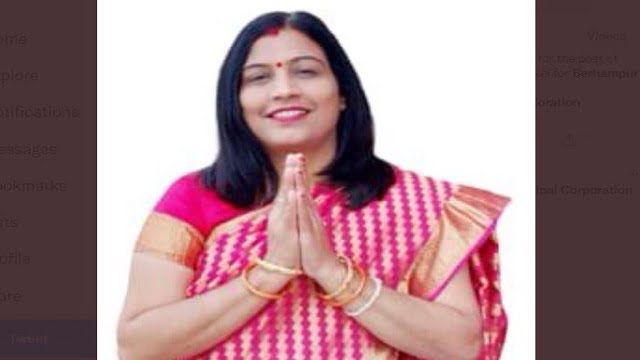 Berhampur: The BJP on Sunday announced the named of Sabita Suar as the party’s candidate for Mayor post of Berhampur Municipal Corporation.

Her name was approved by State BJP president Samir Mohanty.

She will be locking horns with BJD’s Sanghamitra Dalei. Congress, on the other hand, is yet to announce the name of its candidate for post.

There are 42 wards and 250 booths under the corporation, elections to which are scheduled on March 24.

Earlier in the day, the BJP named actor Sritam Das as its Mayor candidate for Cuttack.

No Internet For 7 Days In These Districts To Prevent Cheating In Board Exams!