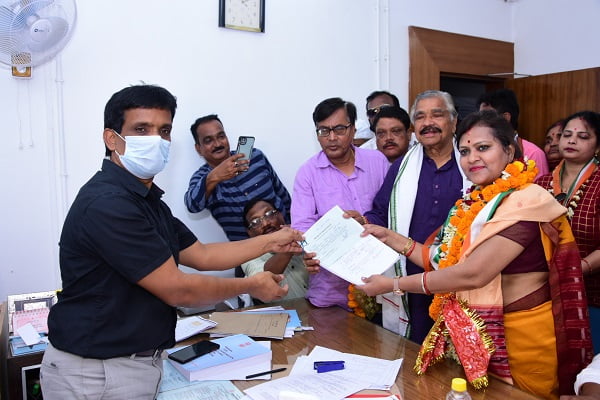 The Odisha Pradesh Congress Committee on Friday named Madhusmita Acharya as its candidate for the post of Mayor of Bhubaneswar Municipal Corporation (BMC).

The party’s Cuttack Mayor candidate Giribala Behera also filed her nomination papers on the day. She was accompanied by Cuttack-Barabati MLA Mohammed Moquim and other senior leaders.

As per schedule, elections to 47 municipalities, 59 notified area councils and three municipal corporations, including CMC, will be held on March 24.

The election results will be declared on March 26.