Bhubaneswar: As part of the ongoing Azadi Ka Amrit Mahotsav and Swarnim Vijay Varsh celebrations, a team of 4 Naval Personnel and 4 veterans of Veterans Club of Odisha went on a two-day voyage on ancient river Prachi.

The voyage, that started on October 18, was jointly coordinated by Indian Navy and Veterans Club of Odisha with logistics and administrative support from Naval Officer-in-Charge (Odisha). 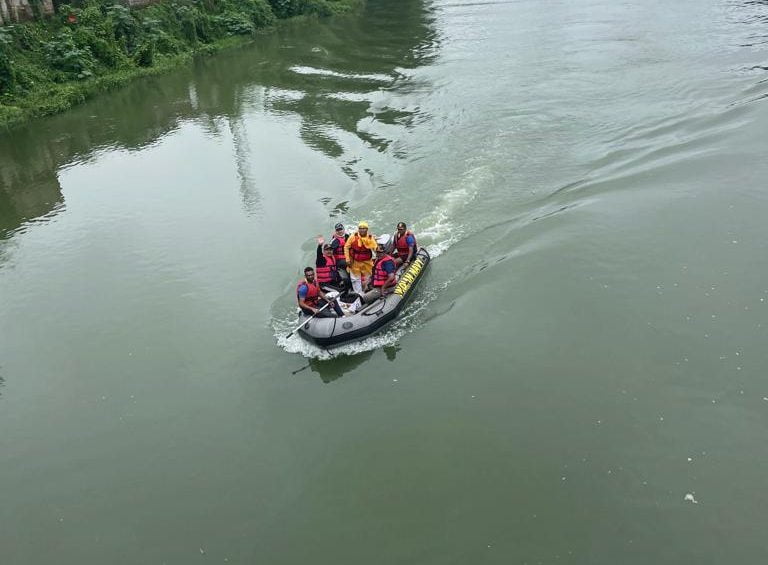 The event also aimed at spreading awareness among the local populace about the role and importance of Indian Navy, especially in the 1971 war. 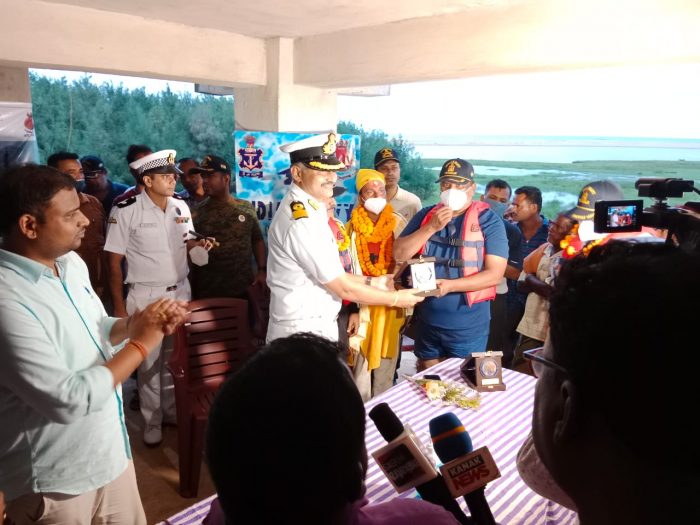 The trip culminated at Baleswar temple in Puri district where the river meets Bay of Bengal. The team was received by Cmde NP Pradeep, Naval Officer-in-Charge (Odisha). Mr Tusharkanti Behera, Minister of Sports and Youth Affairs (MLA of Astarang) was also present on the occasion interacted with the Nau Yatra team.