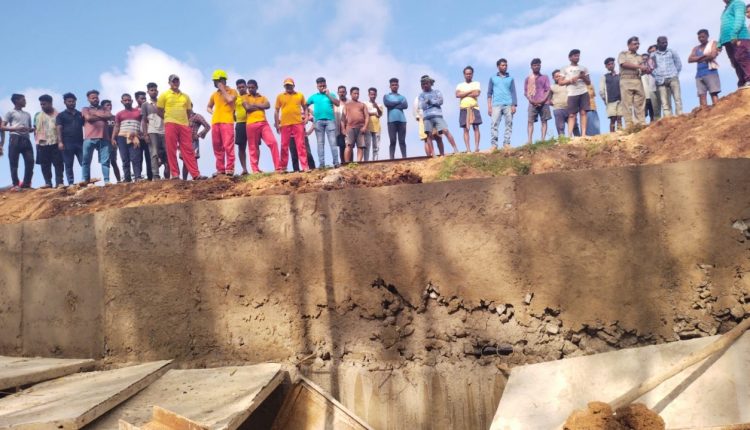 Rayagada: A worker was killed after being trapped while trying to open the shutter plate of a protection wall of river Kalyani at a village in Odisha’s Rayagada district on Wednesday, sources said.

The incident happened in Kalyansinghpur area of the district when the worker was trying to remove the shutter plate of the wall constructed for providing protection to the bridge and the road. However, he came under the structure and got trapped, they said.

The deceased was identified as Kashari Majhi (55), a resident of Singarikhadaka village under Kashipur block.

On getting information from locals, police and fire services personnel reached the spot. Family members of Majhi also rushed to the site and demanded compensation.

The body was recovered and sent for postmortem, they said adding that further investigation is in progress. A case of unnatural death has been registered.

The family members of the deceased and villagers alleged that the contractor engaged for the work was not following safety norms, putting the lives of workers in danger.