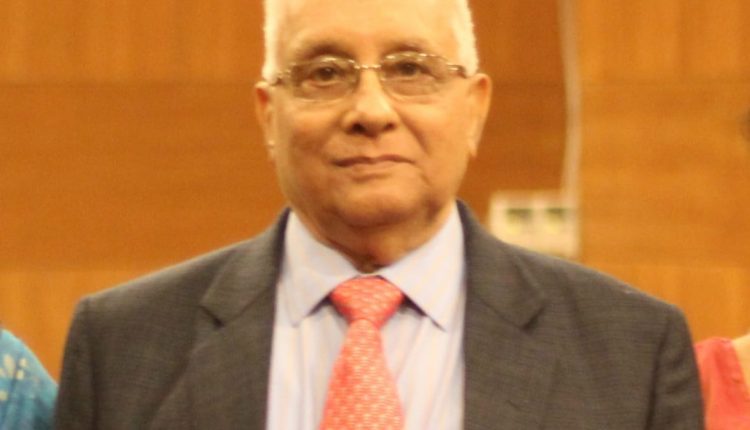 Cuttack: Justice Debapriya Mohapatra, former judge of Supreme Court of India, passed away at a private hospital in Odisha’s Cuttack city on Wednesday.

Justice Mohapatra was 86 and is survived by wife, three daughters and four grandchildren.

Belonging to a family of eminent lawyers, he was born on August 3, 1937. His father Justice Souri Prasad Mohapatra was a Judge of the Orissa High Court.

Justice Debapriya Mohapatra received his early education from Ravenshaw Collegiate School, Cuttack and Madras Christian College, Madras. He did his graduation from Ewing Christian College, Allahabad and studied law at MS Law College, Cuttack.  He enrolled himself as an advocate at the Odisha High Court in 1960.

As a distinguished advocate for nearly 23 years at the Bar between 1960 and 1983, he handled several important cases on the constitutional, civil and criminal side and worked in the capacity of standing counsel, Transport Department; Additional Government Advocate and lastly Government Advocate before his elevation as a judge of the Orissa High Court in 1983.

After retirement from the apex court, Justice Mohapatra was appointed the first Chairperson of Odisha Human Rights Commission (OHRC) from July 2003 to August 2007.

In the span of 20 years of illustrious judgeship, Justice Mohapatra has left an indelible impression as a humanist and rationalist judge, in dispensation of justice. He was a devoted family man and mentor to many.