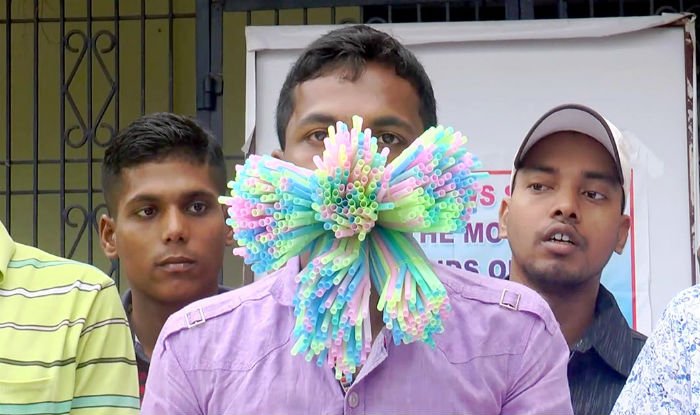 Manoj Kumar Maharana, a native of Bhabarada village under Polsara block in Ganjam district, scripted his first success by cramping 533 drinking straws into his mouth and holding them for 30 seconds without using his hands. The radius of each straw was 0.64.

He broke Har Parkash’s 2011 record of holding 496 straws in his mouth at a time.

Likewise, Manoj broke the third record by holding a 6.5 cm-long-toothpick in his mouth and rotating it around his tongue 32 times in a minute with a direction of 360 degrees.

The son of Bhagaban and Geetanjali Maharana of Ganjam district, Manoj is a post-graduate in Mathematics.