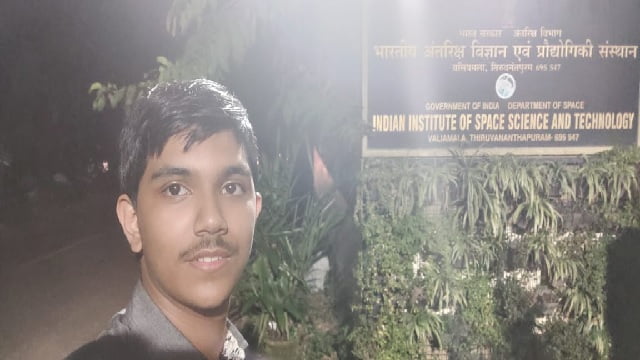 Jeypore: A youth from Koraput district, Surya Prakash Mishra, has cleared the all-India entrance exam for admission to the prestigious Indian Institute of Space Science and Technology (IISST) in Thiruvananthapuram.

Surya bagged a slot out of the 30 general category seats in the Avionics branch.

An elated Mishra said his fascination for space science has earned him the opportunity to undertake research on outer space.

“I had a weakness towards space science since I started reading books by various Indian scientists. After completing Class 12, I had appeared for several all-India entrance exams and clicked also. I had cleared the All India JEE Advance and got a chance to enrol at IIT. But, I chose to peruse space science. When the notification for admission into IIST was released, I applied and managed to grab a seat in Avionics engineering,” Surya told the local media.

His father, Om Prakash Mishra, who himself is a national award-winning teacher, Surya aspires to be a scientist at the Indian Space Research Organisation (ISRO) after completing his course.

“He has to do hard work now labour now by putting in at least eight hours of study every day. After completion of his study at the IISST, he could be appointed as a grade-A scientist at ISRO. I have written to the Central government in this regard,” said the senior Mishra, who is posted as the principal of Jeypore High School.