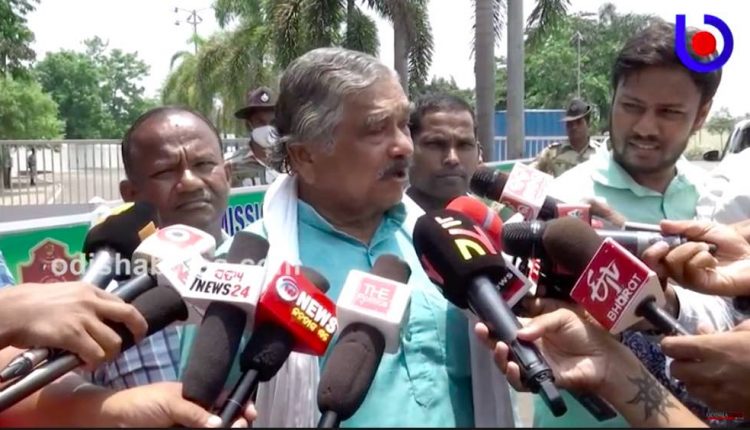 Bhubaneswar: Amid a raging controversy over the death of a BJD Zilla Parishad member in Odisha, senior Congress leader Suresh Routray on Saturday asked the ruling Biju Janata Dal and opposition BJP to refrain from doing politics over the dead and allow police to conduct proper investigation.

“It is unfortunate that both BJP and BJD are doing politics and enacting drama over the death of the Zilla Parishad member. They have been completely ignoring the sentiments of the family members of the departed leader,” the Jatani MLA told reporters.

Accusing the political parties of acting in an irresponsible manner over the issue, Routray said BJP has been staging a series of demonstrations, dharnas and rallies demanding probe into the role of School and Mass Education Minister Samir Ranjan Dash in the death of ZP member Dharmendra Sahoo.

Similarly, the ruling BJD is trying to project itself as honest and innocent, he said, adding that these political parties must keep silent and show due respect to the emotions and sentiments of the departed leader’s family members, including his wife and son.

Stating that the police should be allowed to investigate into the ZP member’s death in a proper manner, the senior Congress leader said if the Minister is really involved in the case, he cannot escape.

It may be noted that Congress has demanded a probe by Special Investigation Team (SIT) into the case to bring truth to the fore. Congress Media Cell Chairman Ganeswar Behera told reporters last week that the state government is scared of bringing truth to fore and a court-monitored SIT probe will unravel the truth.

The ZP member of Nimapada Zone 11 in Puri district was found hanging at his residence in Sishupalgarh area of Bhubaneswar on September 24.