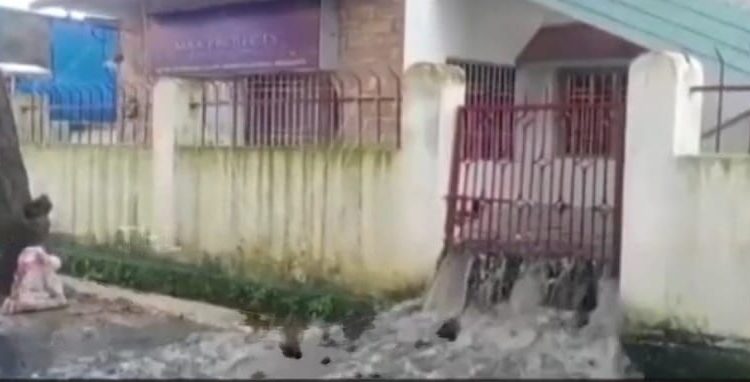 Berhampur: As Odisha continues to grapple with heavy downpour and subsequent water-logging in many places, the situation seems to have turned grim in Berhampur with sewerage water gushing into houses in some areas of the city.

Residents of the colony alleged that drain water, which flooded the area following incessant rain, gushed into several houses in the area. As a result, many important documents and valuables were destroyed.

Due to lack of maintenance, the sewerage lines in the area have been blocked at several places, they said, adding that sewerage champers also remained blocked for a very long period of time, worsening the situation.