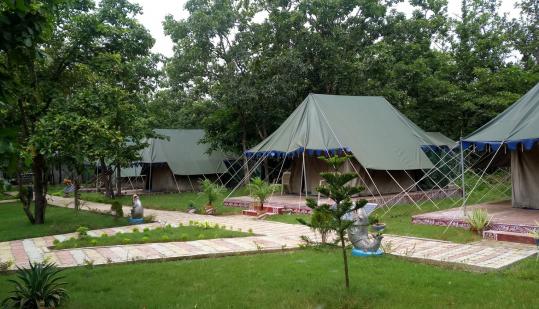 Kendrapada: In a good news for tourists and wildlife lovers, Bhitarkanika National Park in Odisha’s Kendrapda district, which had remained closed for 3 months, will reopen to visitors on Monday.

According to district Forest department sources, preparation is going on to welcome the tourists to the park which houses several species of wildlife including estuarine crocodiles and birds.

Crocodile nursery at Luna, selfie point, air-conditioned restaurant, boat library and battery operated boats are being readied for the visitors. Similarly, tourist cottages and museum are spruced up and mechanised boats kept in operating condition.

The tourists can go to the National Park on water route from Gupti, Khola and Chandbali, while they can enter through main gate from Dangamal on land route. Cottages have been set up in Dangamal and Gupti for them.

Speaking on the preparation, Rajnagar DFO Yagnadatt Pati said a new cafe has been opened for the tourists at Dnagamal and a boat library will also be made available to them. “We expect the visitors will abide by the COVID regulations inside the park. We have made the entire park plastic-free and hope the guests will follow it during their visit,” he added.

The national park was closed from May 1 to July 31 in view of the annual nesting of crocodiles, which lay eggs on the surface. The reptiles often turn violent and attack intruders during this period.

‘Inflation-Hit’ Odisha MLAs Demand Salary Hike; Here’s How Much Legislators Get Paid In Every State