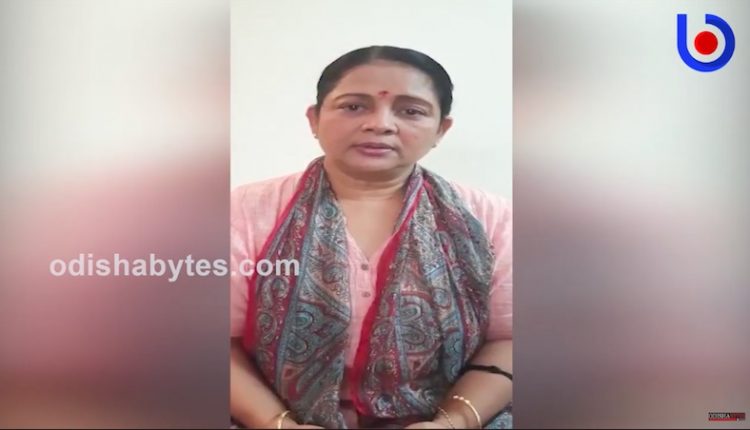 Bhubaneswar: With journalists camping outside the parental house of Ollywood Babushaan Mohanty at Jagannath Vihar in Odisha capital since he returned from Chennai following the July 23 fracas, his mother and veteran actress Aparajita Mohanty on Sunday appealed to the media to allow them some privacy.

In the video, she urged them not to crowd the house as it was causing inconvenience to them as well as the passers-by. “My husband Uttam Mohanty is not well. My brother-in-law is a heart patient and he is also not keeping well. We may require services of ambulance or visit doctor anytime,” she said.

“It has already been six to seven days, we request you to leave us alone now. We are neither able to open the windows and doors nor can we step out of the house. I hope that you all will understand this appeal,” she said, adding that her family is grateful for their support.

The journalists, who have been waiting outside the house to track development in the case involving the actor, his wife Trupti and co-star Prakruti Mishra, were seen shoving mikes into the car, carrying Aparajita and Babushaan to Kharavel Nagar police station on Saturday.

Meanwhile, several people from the film fraternity have come forward to mediate and end the alleged dispute between Babushaan and his wife. Babushann’s family friend Rabi Mishra told the media on Saturday that Trupti will withdraw the case and the dispute between the couple will be resolved soon.

On July 23, Trupti had allegedly manhandled Prakruti and Babushan while they were going to the airport in a car to catch a flight to Chennai. She accused Prakruti of ‘spoiling her marital life’ and supplying Babushaan with marijuana. On the basis of her complaint, police had registered the case against Prakruti under Section 506 of the IPC while Section 498A was slapped on Babushaan.

LinkedIn Names Odisha’s Sindhu Biswal As Top Creator; Know Who He Is