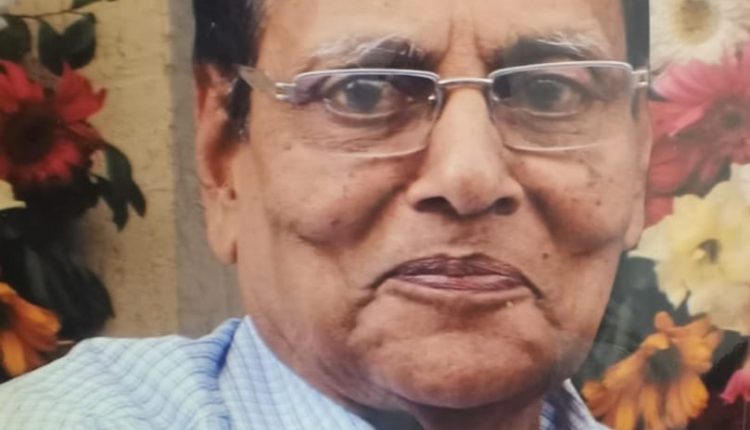 Bhubaneswar: Eminent surgeon and former Dean of Institute of Medical Sciences and SUM Hospital here Prof. (Dr) Dhirendra Kumar Ray passed away while under treatment at the SUM Ultimate Medicare here on Sunday. He was 76.

Considered an expert in healthcare and medical education, he also served as Principal of SCB Medical College and Hospital at Cuttack. The skilled administrator also served as Director of Regional Spinal Injury Centre, Odisha, and Sardar Vallabhbhai Patel Institute of Pediatrics, Cuttack.

After graduating from SCB Medical College in 1968, he did his post-graduation in surgery from the same institute in 1973. He underwent higher training in Cardiothoracic and Vascular Surgery at AIIMS, New Delhi, in 1986.

Ray is survived by his wife Prof (Dr) Juthika Ray, a former Professor in the Department of Dermatology at IMS and SUM Hospital, a son and a daughter.

Founder President of SOA Manojranjan Nayak condoled his passing away. “Prof. Ray worked relentlessly for the development of IMS and SUM Hospital from its inception,” he said.