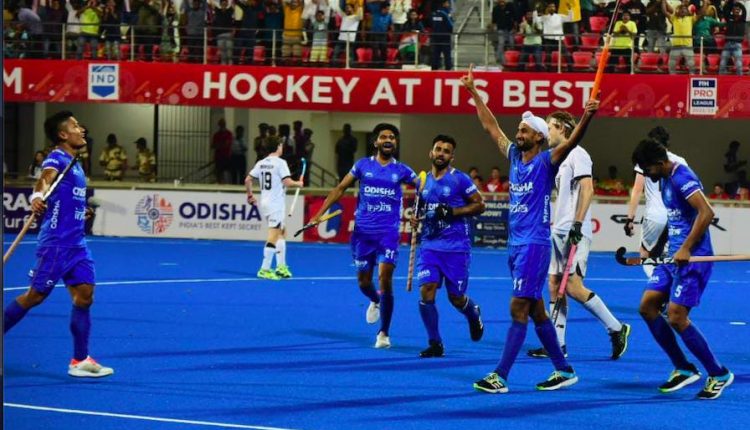 Bhubaneswar: With the quarterfinal spot at stake, India will take on New Zealand in the FIH Men’s Hockey World Cup 2023 crossover match at the Kalinga Stadium in Bhubaneswar on Sunday. The match is scheduled to start at 7 pm.

New Zealand had finished third in Pool C and are much lower than India in the world rankings. In FIH Pro League matches played in Kalinga Stadium in October 2022, India defeated New Zealand 4-3 and 7-4. In the first match, India was trailing 1-3 but made a strong comeback to win the match with Mandeep Singh scoring a brace.

However, India will be without in-form midfielder Hardik Singh, who was ruled out for the rest of the hockey World Cup due to a hamstring injury. He has been replaced by Raj Kumar Pal, who scored in the last match between the two sides. All eyes will be on mid-fielders Shamsher Singh and Akashdeep Singh, the goal-scorers in the previous match.

The winner of this match will play defending champions Belgium in the quarterfinal at Kalinga Stadium on January 24.