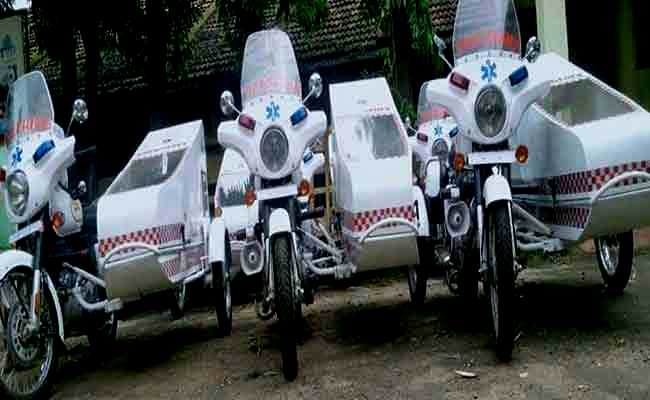 Jeypore: The CDMO of Koraput has received eight bike ambulances to be deployed at different remote pockets of the district.

According to official sources, the eight bike ambulances provided by the state government with the financial assistance of the Centre arrived at the office of the Chief District Medical Officer (CDMO) on Tuesday.

Talking to the media, a senior Health official said that the bike ambulances will be deployed after deciding the location for their service.

The state government had decided to provide bike ambulance service to the areas inaccessible to normal ambulances to carry the patients in case of emergency due to lack of all-weather roads. People in some areas used to carry their relatives on cots, slings, bicycles and other manual means to the nearby health facilities.

No Restrictions On Height Of Durga Idols In Cuttack City!