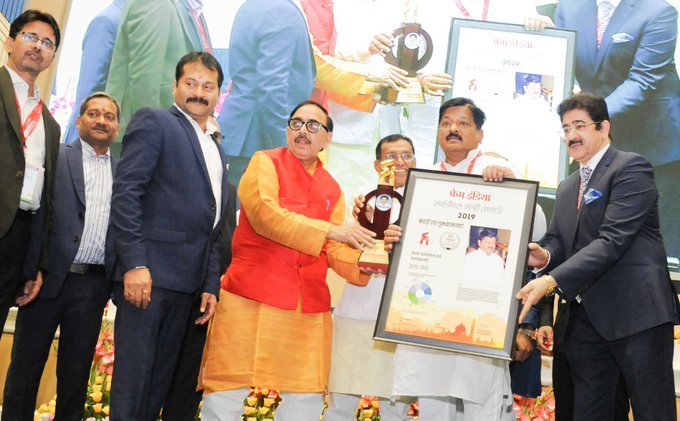 Jena received the award from the Union Minister of Skill Development and Entrepreneurship, Dr Mahendra Nath Pandey, at Vigyan Bhawan in New Delhi on Saturday.

He was among 21 outstanding ministers in the country picked by Fame India Magazine and Asia Post based on various parameters. This award recognises ministers across India who implement government programmes judiciously and work responsibly without getting mired in corruption.

Jena is in charge of the important ministries of Housing and Urban Development, Law and Panchayati Raj & Drinking Water ministries in the Naveen Patnaik-led government.

“I thank Chief Minister Naveen Patnaik and the people of Odisha for keeping their faith and trust on me,” tweeted Jena after receiving the award.