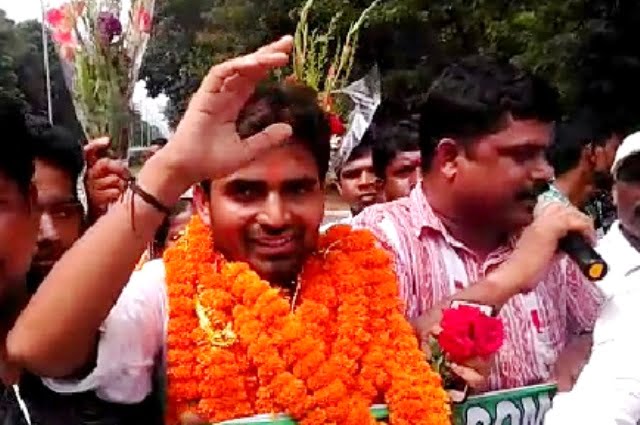 Bhubaneswar: Young social activist Muktikanta Biswal, who had walked all the way to New Delhi from Rourkela to meet Prime Minister Narendra Modi to take up issues related to the Steel City, on Saturday embarked on another padyatra from Bhubaneswar to Andhra Pradesh capital Amaravati to highlight the border dispute between the two states.

“I came to know about the Kotia dispute from media. If the problem is not solved, there will always be friction between the two states. That is why I thought of following Gandhiji’s path of padyatra. Peaceful discussion between the two neighbours can solve the Kotia problem,” said Muktikanta.

“If I can meet Andhra Pradesh’s chief minister, I will request him to solve the problem peacefully. I will also try to meet chief minister of our state and request both of them to resolve the dispute,” he added.

Muktikanta had started the padyatra on April 16, 2018 to meet the Prime Minister in New Delhi to  take up the promises made by the latter for development of Rourkela. He managed to cover about 1,350 km on foot before he fainted on the highway and was admitted to a hospital in Agra on June 27.

When he recovered, he continued his journey. However, he failed to meet Prime Minister Narendra Modi and returned to Rourkela on July 8, 2018.