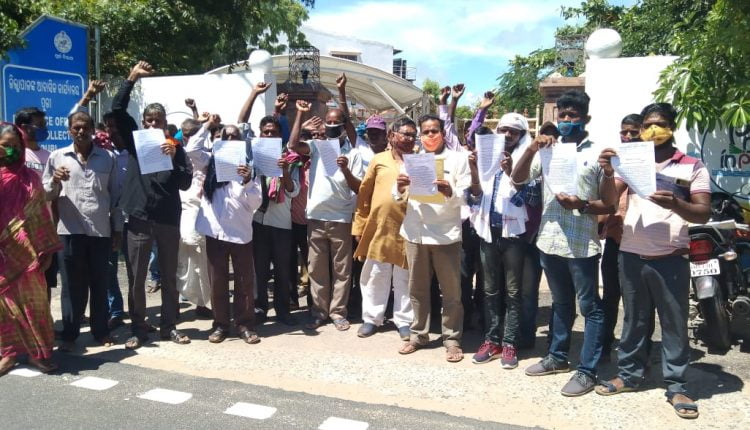 Puri: Residents of Sundar Gram under Bada Mrigasira near here have sought the District Collector’s immediate intervention as a group of land sharks were constantly pestering them to pay taxes to their henchmen and rowdy elements.

According to sources, at least 250 poor families including Harijans residing in Sundar Gram village for the past 50 years have occupied pasture land and wasteland belonging to the Srimandir temple and paying their land holding taxes regularly to the Temple administration.

However, the villagers have complained that some miscreants and land sharks have been forcibly collecting revenue from the poor villagers and resorting to violence if they offered resistance. This has created a reign of terror in the village, alleged the villagers.

Interestingly, the police have looked the other way when they sought police protection against the rowdy elements and their extortion.

At least a hundred villagers from Sundar Gram reached the Collector’s office Saturday and raised slogans against the miscreants before handing over an application signed by them to the Collector. They alleged that poor people in the village are harassed and their houses looted. The signatories sought an impartial probe into the attacks and sought the Collector’s intervention in this regard.