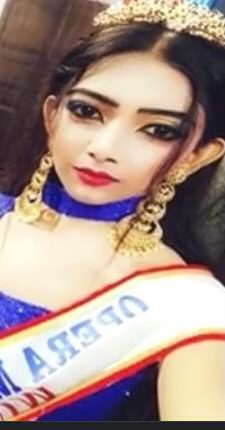 Subhangi emerged as the winner after beating over 200 participants from different parts of India in the national-level contest conducted in virtual mode. She is currently doing her graduation in Arts in Baripada College in Mayurbhanj district.

“I have prepared a lot for this contest. My hard work and self-confidence brought me the success,” said Subhangi.

The audition of the contestants was held on December 6. Among 200 participants, 64 were selected for final round which was held on February 7.

She pursues the hobbies of photography, fashion designing, cooking, painting and dancing. “I have also interest in modelling, anchoring and acting. I have done music videos in Odia, Bengali and Nagpuri languages. But, I have never taken any training,” she said.

Subhangi, who is now preparing to participate in Femina Miss India, aims to be a  successful model and an actor.

She had also participated in Kalinga Sundari contest in Odisha and emerged first runner-up.